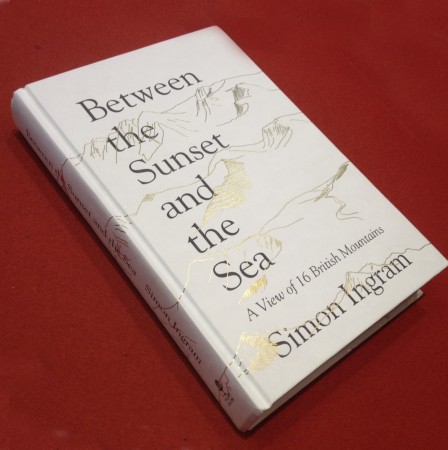 Why did you write your book Between the Sunset and the Sea: A View of 16 British Mountains, and what do you hope the book will provide for readers?

I always had this hankering to dig further into the less tangible, more esoteric aspects of the British mountains and draw it all together, and really get to grips with what it is about the British uplands that mean so much to so many. I always loved that Britain is a great international mountaineering nation yet our mountains are tiny. The appeal of our mountains lies in their stateliness, their character, and the history that’s played out upon them, or in their shadows. 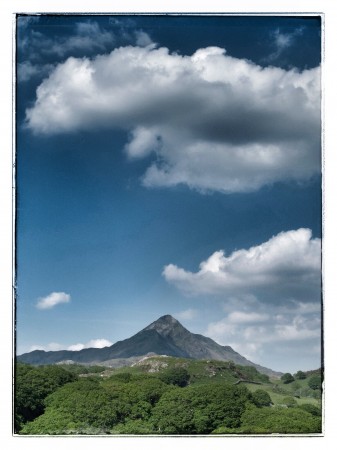 I wanted to write a history book, not a travel book. Between the Sunset and the Sea wasn’t ever supposed to become a ‘journey’, let alone one that would spread out over a year. What it finally became is a kind of cross-section of the British mountains’ character, their atmospheres, their legends, those weird implacable qualities that raise your neck-hairs. The title of the book came from a poem that hints at this subtle depth; a line from a Geoffrey Winthrop Young poem called ‘A Hill’ –

Only a hill, but all of life to me,

Up there, between the sunset and the sea.

For me hillwalking is about just being in the place; actually getting up to summits is just a happy perk. I’m a pretty lousy climber, I’m not even particularly fit – but the great thing about the British hills is, you don’t have to be an athlete or an extreme sportsperson to enjoy them. With a basic set of skills, anyone can tackle them on whatever terms they want and still become totally intoxicated. It’s been happening for hundreds of years. These days its usually walkers and climbers you’ll find up there, but over the centuries scientists, artists, quarryfolk, poets and legend-stirrers have also been enthralled by them.

Coupled with the way that the seasons become more extreme the higher you go, how uncivilized it all is up there, and how being in the mountains strips life back to the essentials… then there are the subtleties and importance of companionship in the hills, and the experience of walking and camping alone… there’s a lot to being up there. They are far from just things to climb – they help you to know yourself, and the landscape. I say in the book somewhere that going into the mountains is like going back in time – anthropological nostalgia. It kind of refocuses your perspective.

The 16 mountains that ended up as the book’s backbone were never going to make a dent in everything the British mountains have to give, but it was my attempt at a start. If anyone reads it and takes away a hankering to get outdoors and see how amazing Britain looks from height, it’s done its job!

What is your most memorable experience on a mountain?

I can’t single out a single experience as being my most memorable in the mountains – lots of hills over lots of years ends up being a collage of moments and feelings, some of them great memories, some of them only great to remember retrospectively! 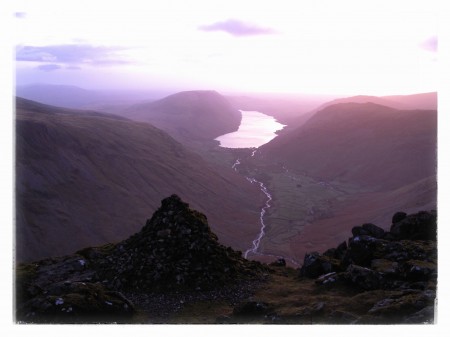 But recently, I guess sleeping in the natural hollow of the Shelter Stone beneath Ben Macdui, in winter, while putting in the legwork for Chapter 15 takes some beating. It was a hard night, and we’d just travelled across the frozen Cairngorm plateau under bright moon and stars. It was incredible being up there, so high, not a single electric light in sight – just white mountains, and that kind of dry, still cold pressing in on you. It was so wild and huge and primal, and psychologically just really unexpected as the weather forecast had been apocalyptic. Then the long, long night under the Shelter Stone, one of the wildest places in Britain, was just perishing! Everything froze; our clothing went like chipboard. Then overnight it snowed and we crawled out from under the Shelter Stone to this pristine valley. Even though we were only a few miles from the Cairngorm Ski Centre, I don’t think I’ve ever felt so far from anything else in Britain.

Could you give us three recommendations for your favourite mini adventures? 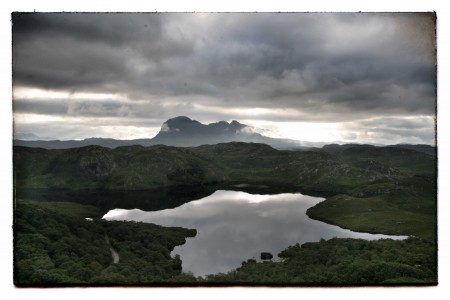 Stac Pollaidh in the Northern Highlands of Scotland is this sharp little roadside peak that looks like it’s fallen down. It’s very tucked away in the rafters of Britain, but it only takes an hour to climb and the view from it is in my humble opinion, one of the most charismatic views in the world.
The Lake District is such an incredible, compact landscape, that climbs into high wilderness then dives into valleys that are such glorious little pockets of comfort. Loughrigg Fell, just as the seasons are changing after the summer, is a great little hill to climb and appreciate this if you’re doing so for the first time.
Something I’d advise anyone to do at least once in their life is to go for a walk at night. There’s a great book by Chris Yates called Nightwalk, which extolls the deeper benefit of this; but for me it just throws a different spin on any landscape, and makes a familiar place edgy and newly atmospheric. If that place is wild to begin with it’s a real thrill, but even a familiar environment near your home can grow an entirely new skin after dark. 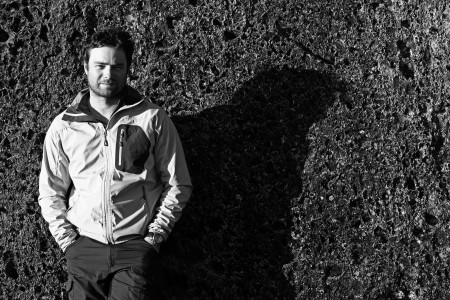 Simon Ingram is the editor of Trail Magazine and the author of Between the Sunset and the Sea: A View of 16 British Mountains.